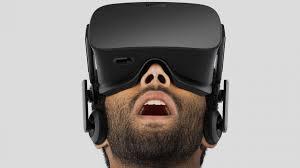 Two years after the Oculus Rift first arrived on the shelves of our local computer shops and with some serious consumer-grade VR devices due in around Christmas, it's time to start thinking of Virtual Reality as 'here and now' rather than 'on its way.' And with that in mind we thought now would be a good time to take a look at the basics of Virtual Reality—what it is—what we can do with it and what actually is the difference between Virtual and Augmented Reality anyway? Plus we'll talk about which kind of PC we'll need to indulge in the VR environment and perhaps more poignantly, if we need a PC at all? Finally, we'll have a sneak peek at what the whole charabanc could be costing us—but with so many factors still unknown, no prices are as yet set in stone.

So What Is Virtual Reality Really?

Most of us remember the Matrix film or the famous Holodeck from Star Trek. These marvellous devices were both versions of complete virtual environments that allowed us to interact with and even walk around in. Unfortunately, even our most modern VR technology doesn't quite go that far. In fact, our version of the Holodeck is strapping a screen to our faces. The image we see is then rendered in stereoscopic 3D and viewed through some pretty nifty lenses which more or less fool our brains into thinking we are seeing a real environment and not just a screen a few inches from our eyes.

Of course, the affect doesn't just come from the lenses; the illusion is supported by any number of tracked sensors—infrared dots, gyroscopes etc. fixed to the devices which allow the image to react when we turn our heads, lean forwards or simply nod. Now throw some photo realistic graphics into the mix and we're already knocking on the door of what the VR people call a 'Presence'--that feeling we're actually in a virtual world instead of standing slightly foolishly in the middle of our living rooms wearing a rather cumbersome headset. At this very moment in time the major players in the VR hardware game are the aforementioned Oculus and Valve/HTC, although independents like Starbreeze and Razer are rapidly catching up with the market leaders.

Okay, so that's a bit about Virtual Reality. What, then, is Augmented Reality? Is it anything like a parallel universe? Or something similar? Well, not really. Augmented Reality is a little bit more complex than Virtual Reality because it blends computer graphics with our real world. In other words, our view of the world around us isn’t so much obstructed by an AR headset, but rather is enhanced by the augmentation technology.

A very early and simple example of Augmented Reality was Google Glass. All Glass did was fix a display in the top-right corner of our field of view which enabled us to walk around as usual glance up, and see the time or a picture or whatever was “floating” in the air above us. Of course it wasn’t actually floating there—our eye just perceived Glass’s display that way.

But Glass wasn’t the greatest rendition of AR, because it was designed to hide in the corner of our vision. The new generation of AR headsets are focused far more on immersion and sit right bang in the middle of our field of view. AR has incredibly high levels of potential, especially in everyday life. Take Microsoft's HoloLens for instance; essentially a step-by-step walk-through on how to successfully change a light socket without electrocuting ourselves. From there, it's not too far to envision a world where people can learn to play a musical instrument, cook a favourite meal, make their own wine or any number of skilled tasks all by using the AR technology.

Yet Augmented Reality does have its Doubting Thomas'. Their take is that AR isn't exciting enough to be used for gaming purposes, particularly the traditional linear story games. This may be true and is certainly open to discussion. But for games like Minecraft or similar, the technology should be perfectly adequate. Their second gripe is the technology itself. Measured in maturity of design and functionality, Virtual Reality headsets are miles ahead of their AR cousins and experts reckon with another 5 to 10 years before they are ripe and ready for sale in the mainstream markets. But slowly but surely we are getting there—besides Microsoft's HoloLens, the firm CastAR are among the main contenders in the AR world and they are bringing their devices forwards in virtual leaps and bounds.

Okay, so lets go off on a quick tangent here;we could go the route of the mobile VR. Last year's Samsung and Oculus partnership led to the release of the GearVR, which utilises the Galaxy Note 4 for processing power and display. An updated version for the Galaxy S6 has been released this year.

This approach has its pros and cons. The major pro being that no pesky wires are attached so we are free to spin around in a chair for hours without ever getting all tangled up. And the GearVR runs pretty well, probably better than we'd expected when we consider it's on phone hardware.

And the cons? Well, for a start there's the price. The S6 and the Note 4 come in at about £400 each, and then we need to dish out another £100+ for the GearVR headset. And of course, no one will guarantee how long a particular GearVR model will remain relevant—phone hardware develops so quickly, the devices could be outdated next year or in six months. At least with a PC we can always get an upgrade.

But it's expensive, isn't it?

Okay, even with the expense factor, Virtual Reality promises to be a tempting and exhilarating prospect. Some experienced gamers are saying they haven't seen anything this exciting since they changed from 2D to 3D technology way back in the 1990's. And it's certainly true that Virtual Reality has the potential to revolutionize how, when and where we play, especially as it promises to become more sophisticated over time. But virtual reality won't just revolutionise the way we play, but also the way we chat with friends, how we experience films, even the way we hold business meetings and conceptualise “the office.” Virtual reality could be the Next Big Thing. The only question is whether everyday people—users like you and I—will be interested enough to give it a try.