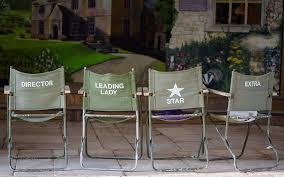 What makes a great film casting? Is it attracting a big star, or launching someone completely new? Is it seeing hidden potential or finding an actor who's just like their role? In this post, we're taking a look at six of the most inspired casting decisions in the history of film.

One of the surest ways to ruin a film is to cast an ill-fitting actor as a character everyone knows, but it's about more than simply looking the part. There's mannerism, idiosyncrasies, speech, personality, and presence, all of which contribute to a successful likeness. This has led to great casting decisions like Daniel Day-Lewis in Lincoln or Jamie Foxx in Ray. Val Kilmer turned himself into Jim Morrison in the Doors, De Niro into LaMotta in Raging Bull, and Philip Seymour Hoffman was the perfect Oscar-winning choice for Truman Capote.

However, we think that casting Charlize Theron as Aileen Wuornos was a decision that paid off in a really big way in Monster. It's unmistakable that Charlize did a world-class job in her portrayal of an antisocial, borderline prostitute serial killer, in a way that eschews all the above labels and cuts down to the core of its humanity. But from a casting perspective, Charlize may be the last person to come to mind when casting for this role.

For this slot, we'd like to honour some of the actors who were plucked from obscurity and whisked away to fame and fortune on the silver screen. Casting for unknowns can be an incredibly difficult process. It can involve years of worldwide open casting or waiting to bump into the right nobody on the street.

Films like Elephant, Beasts of the Southern Wild and Gomorrah filled the screens with the kind of authenticity it's hard to get from Hollywood stars. The Piano discovered Anna Paquin and landed her an Oscar for it, along with The Killing Fields and The Best Years of Our Lives before that. But we can't ignore the pedigree of the Italian neorealism of Bicycle Thieves.

In stark contrast to the prevalent studio system stylings of Italian film, Vittorio De Sica cast the entire film with amateurs, but it wasn't always planned that way. Originally, names like Cary Grant and Henry Fonda were tossed around, and it wasn't always easy with the untested stars anxiously struggling with their inexperience. But the end result was a performance infused with hard-fought emotion with no prior outlet.

4. Once Upon a Time in the West

Often enough, directors, casting directors, and even audiences themselves fall into a routine with certain actors, so-and-so is a funny man, such and such is a great romantic lead. Jonah Hill only plays fat, stoner, supporting funny guys. This can ignore an untapped potential in an actor, and sometimes this untapped potential also builds up in the audience.

Our favourite examples of this are films like Anthony Perkins in Psycho, and the méconnaissance of Dallas Buyers Club. And who could have guessed that Mo'Nique would have done as well as she did in Precious, or that Cate Blanchett would make the perfect Bob Dylan in I'm Not There? But if we had to pick one, it'd have to be Henry Fonda as Frank in Once Upon a Time in the West.

In Fonda's 33-year career leading up to Once Upon a Time in the West, he had only played a villain once. So when Sergio Leone approached him to play the heavy in his latest Spaghetti Western, he turned him down, but Sergio flew to the States and twisted his arm. Picture this, he said, the camera shows a gunman from the waist down pulling his gun and shooting a child. The camera pans up to the gunman's face, and it's Henry Fonda. It worked.

Most good casting involves trying very hard to match good roles to the right actors, who can turn a couple of hundred lines of dialogue into a fully fleshed out human. But sometimes, casting directors don't just get it right; they get it perfect.

Think Anthony Hopkins as Hannibal Lecter, Jeff Bridges as The Big Lebowski, or Mickey Rourke as Randy The Ram Robinson? Also, Heath Ledger as the Joker and Louise Fletcher as Nurse Ratchet. But there's no role so iconic, so immensely unbeatable than Marlon Brando as Don Corleone in The Godfather.

At first, the studio hated the idea. They wanted Ernest Borgnine. Marlon Brando was too difficult, too unsuccessful. The former was definitely probably true, but the latter was just shortsighted thinking. Eventually, Coppola shot an impressive screen test and Brando was required to promise that he wouldn't mess up the shoot. It all came together, and one of the cinemas most iconic characters was born.

Of course, casting involves a whole lot more than picking just one good actor. How they work together is just as important. It's the bread and butter of the successful romance, and it's what makes the difference between Out of Sight and the Star Wars prequels.

Personally, we like Gone with the Wind, Titanic, Brokeback Mountain, Love Streams, Y Tu Mamá También, Bringing Up Baby, and To Have and Have Not. But we can definitely feel that je ne sais quoi sipping out of every shared frame with Jesse and Celine from Before Sunrise, Before Sunset, and Before Midnight, with Ethan Hawke and Julie Delpy, and directed by Richard Linklater.

It took Linklater nine months to find the right pair here. He liked both Hawke and Delpy, but he only loved them when they got together. And the film only worked because every ounce of Linklater, Hawke and Delpy's considerable talents were focused on falling in love like real humans. Forget being funny, forget an interesting plot, just walk around, be honest, and fall in love. And when all the pretty lights and creative cinematography and rapid plot and punchy jokes are stripped away, all that's left is a beautiful relationship that doesn't falter for a second.

There are of course films like True Romance, Goodfellas, The Master, and again, The Godfather, that nailed every individual role, got the chemistry right, and built an immersive world straight from the plot. And our pick of the litter would be The Departed.

The film has so many brilliant actors and awesome parts you'll be forgiven if you forget most of them. Sure, you remember Damon and DiCaprio in some of the best acting roles of their careers. But then, there's Jack Nicholson in his first role in years and the first one where he goes full insanity mode in forever.