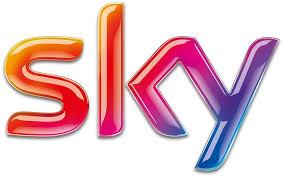 At long last, Sky has announced details of the first batch of 4K programming which will be supported by its new Sky Q Silver hardware. And the August 13 launch date happily coincides with the first kick-off of the new Premier League football season.

So it will come as no surprise that the hotly anticipated Ultra HD content will not only include films, drama, music and entertainment but also sport. According to Sky, the broadcasts will be spread across the satellite broadcaster's platform and not on a channel dedicated to 4K.

First year film highlights will include the world premieres of The Revenant, Spectre and The Martian, and will be accompanied by a whole host of back-catalogue material including The Godfather, Minority Report, The Spiderman Trilogy and The Da Vinci Code. Viewers can also look forwards to themed 4K film collections as well as renting options for new releases from the Sky Store, pertaining to Sky's previously announced UHD film deal with Sony Pictures.

But that's not all. Sky will also be offering around 30 hours of docus and natural history which includes David Attenborough’s 2015 series Conquest of the Skies and the new show Monkeys. National Geographic will also be represented with programmes including the brand new Story of God presented by Hollywood veteran, with Morgan Freeman. A quintet of new dramas are promised, led by Jude Law's The Young Pope, which is a joint production with Canal+ and HBO.

Sports-wise, Sky is all set to challenge BT's Ultra HD Sports channel by bringing 124 live Premier League matches, starting on 13th August with with Hull vs Leicester City. And the 2017 Formula 1 motor racing season will be on the UHD starting grid. And while there is still no news on other 4K sports programming, such as rugby and golf,  Sky reassures us that: “...there will be 'more sports, movies, documentaries and drama arriving later.”

According to Sky, if you are an existing Sky Q owner then all you need to do is adjust your hardware settings now and sit back and wait for the 4K launch. Alternatively, you'll be prompted to make the necessary adjustments when you tune in to the UHD content for the initial viewing.

Sky's Ultra HD offering however, will not be available in HDR. The broadcaster has announced it is reserving that technology for the second wave of 4K material. Locating programs can be done in a variety of ways; for live sports content (sent via satellite) an on screen prompt will notify users that Ultra HD broadcasts are available. Viewers will be able to change between watching the HD and Ultra HD broadcast by utilising the Mini Guide. The package comes with a dedicated Ultra HD tab in Sky's On Demand, Sky Store and Box Sets Sections for material delivered over the Internet.

Luke Bradley Jones, Director of TV and Content said, “With Sky Q, we've created the world’s best TV experience. Now with the introduction of an unrivalled line up of Ultra HD TV, the service is going to get even better... Whether you’re a football fan, movie buff, natural history enthusiast or drama junkie, customers looking for the next-generation of TV viewing will love it.”